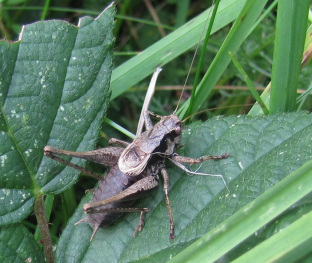 Worcestershire status: Common in southern half.

UK status: Widespread throughout England and Wales but becoming coastal north of the Midlands.  Rare in southern Scotland.

Notes:  Very common in good habitat, especially in the south but abscent from many areas in the north. 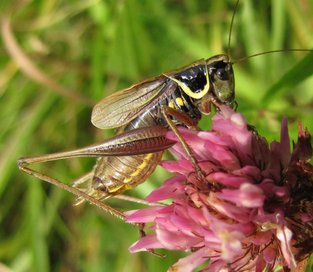 Habitat preferences: Any long grass with thistles or rushes.

Notes: The first record for this species in Worcestershire is from Redditch in 2005.  Since then it has spread rapidly across the county to most areas. 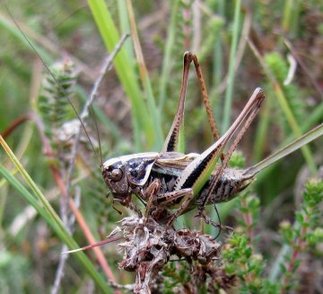 UK status:  Widespread in England and Wales but absent from many counties due to habitat preferences. 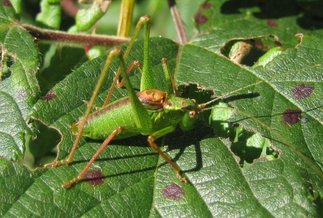 Notes:  A common but secretive species that is often overlooked. 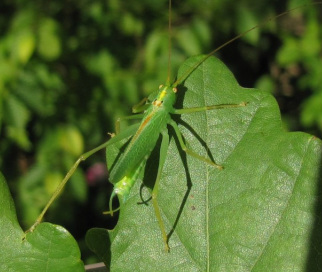 UK status:  Common in southern England, the Midlands and Wales.  Found as far north as Yorkshire and Lancashire.

Notes: An arboreal species so often overlooked.  Never seen in large numbers.  Flies well and drawn to light; a habit which brings it into houses at night giving its alternative name of the bathroom bushcricket ! 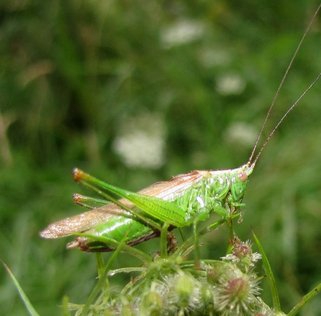 UK status:  Was a rare insect (Notable a) until recently but is now spreading rapidly from southern England.

Habitat preferences: Any long grass could hold this species.

Notes:  First recorded in Worcestershire Near Upton on Severn in 2003 and now found in most areas except the far north of the county. 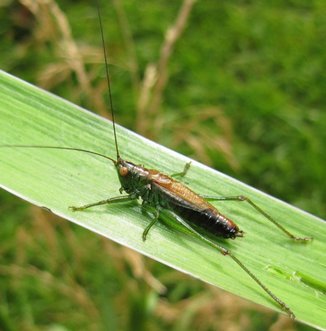 UK status:  Local in southern England.  Coastal locations up to Merseyside with some inland records.

Notes:  Restricted by habitat type and site management.  Has been found in parkland in long grass with large patches of rushes. 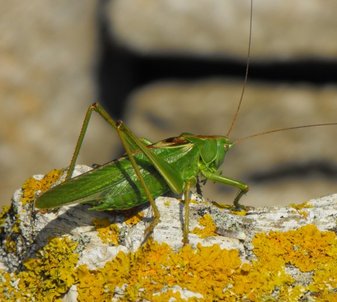 Worcestershire status: One confirmed record in 2014.

UK status:  Local in southern England and Wales.  Mostly coastal counties but spreading through the Cotswolds.

Notes: Only one confirmed record in Worcesterhire, from Longdon Marsh in 2014.
Eight undetermined records from between 1947 and 1951 were wrongly transcribed from Fred Fincher's notebooks. Three further undetermined records between 1976 and 1981  are all considered to be mostly mis-identifications (of Oak Bush-cricket?). 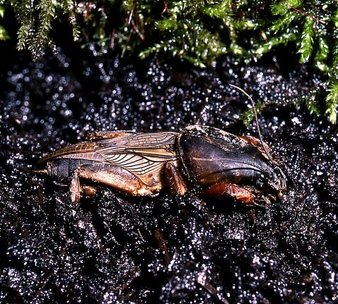 UK status: Extinct as a native (?)

Notes: Only four records between 1902 and 1985 from Worcestershire and an erroneous report from the Malverns incorrectly transcribed from old field notes. 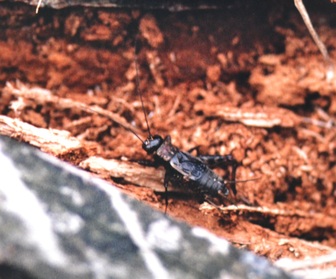 UK status:  Notable A.  A rare insect confined to a few open woodlands along the south coast from Surrey to Devon including the New Forest.  Also known from the Isle of Wight.

Notes:  Only Worcestershire record is an unconfirmed single juvenile from Shrawley Wood in 1949. 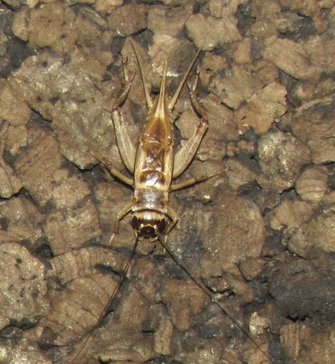 Worcestershire status: Very Rare.  Once a frequent colonist of basements and houses; virtually eradicated during the 1960s and 1970s with the last few individuals reported late in the early 2000s until a self-sustaining population was reported from buidings near Bewdley early 2014.

Notes: No longer used by the pet trade as reptile food. Unlikely to become established outside of buildings in the county.  The presence of the Bewdley population shows that they may turn up in heated buildings.